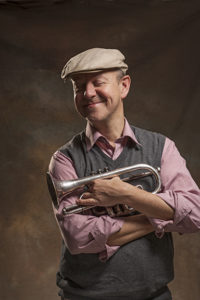 The life and career of John MacLeod is intricately bound to the history of jazz and big band music in Toronto. A native of this city, he took a very early interest in jazz and by the time he began studying the trumpet at age 12 was already an aficionado of New Orleans, Chicago and swing styles of the music. His earliest local hero was trumpeter "Trump" Davidson and by his early teens he was attending t.v. recording sessions where he would be amazed by studio greats such as Guido Basso, Moe Koffman and Teddy Roderman. A decade later, John would be playing with many of these early heros. In fact he would have professional involvement with every name listed in this release from Benny Louis to Ron Collier to Guido Basso. He even took his boyhood hero "Trump" Davidson's place in Trump's band. Few other musicians of his generation can claim as much direct connection to the entire history of jazz and big band music in Toronto. His long association with Rob McConnell and the Boss Brass would also have a profound effect on his approach to arranging and composing. While his writing may be uniquely his own, the sound of his band is unmistakably "Toronto". 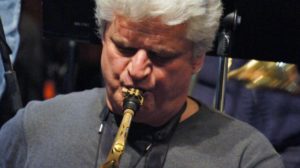 Having the right player covering the lead chair of each section is critical to the success of a large ensemble like this. I feel very fortunate that my first choice agreed to play in the band. The strength and musicality of Johnny's playing provide amazing leadership through example. Additionally he is an exciting and virtuosic soloist. 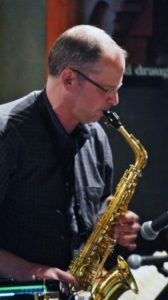 A very complete musician, Andy is not only an accomplished sax and woodwind player, he is an excellent arranger/composer who has contributed several charts to our book and has an exceptional  band of his own. He is a musical and exciting soloist and has added a lot of strength and depth to the sax section. 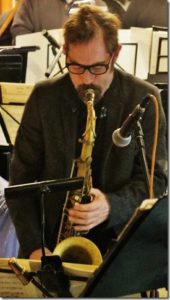 We like to tease Perry about his prowess as a ladies man (which is formidable) but more importantly he is one of this countries most distinctive voices on the tenor sax. His playing reflects both a deep knowledge of tradition and a modern sensibility. His solos are always special events. 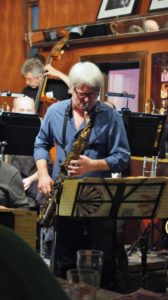 Is a multiple award winning saxophonist and one of Canada's most renowned jazz musicians. He has numerous albums under his own name in addition to his active participation in groups as far ranging stylistically as the fusion group Metalwood and the traditional Barry Elmes Quintet. 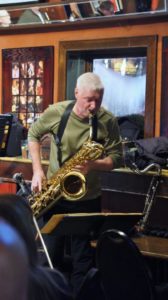 A solid and dependable multi woodwind veteran, Bob's time and pitch are essential to the sound of our sax section and ensemble sound. Bob was the first guy from my generation to join Rob McConnell and the Boss Brass and he held the position until the end. I was delighted that he accepted my offer to join this band. 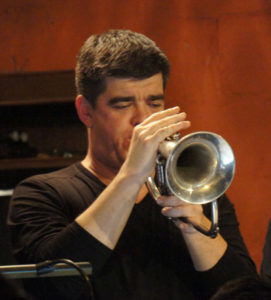 Superb lead trumpet playing requires much more than just an ability to play high notes. Jason is a very complete musician with great chops and a rich big fat sound. His pitch, time feel, and phrasing are some of the most essential elements of our ensemble sound. 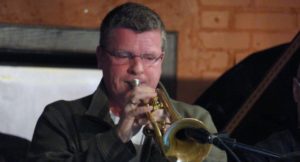 A fiery jazz soloist, Brian plays with an exciting biting attack that always turns up the heat when he is featured.

He is currently the head of the brass department at Humber College. 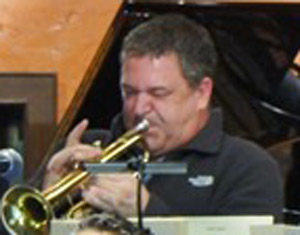 Undoubtedly one of the finest jazz trumpet players in Canada over the last quarter century. Kevin has played with just about every important small jazz group in Toronto including Time Warp and the Mike Murley. He was also a featured soloist in Dave McMurdo’s Jazz Orchestra and Rob McConnell and the Boss Brass. 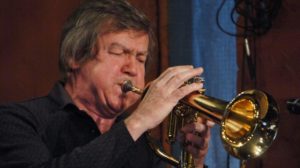 A long time fixture on the Toronto Jazz Scene, Mike was a member of the Ted Moses Quintet and Mother Necessity Big Band, Phil Nimmons & Nine and other important jazz groups of over 40 years in Toronto. He was the co-leader of the Dave McMurdo Jazz Orchestra and since Dave’s passing has taken over leadership. 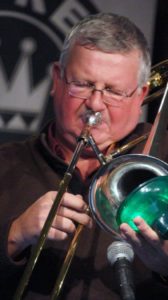 Simply one of the finest trombone players anywhere. It's an honour having him in the band. He was the lead trombone in the Boss Brass for many years after the great Ian McDougall left town. 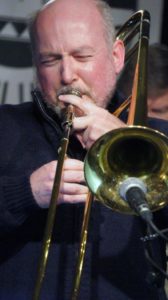 A lovely man and a wonderful player. He is a great jazz soloist, excellent section player and does a terrific job playing lead when we need him.

Originally I had the late Rob McConnell in mind for this chair. Terry made the perfect substitute. As Rob was, Terry is a great arranger and a swinging inventive soloist. 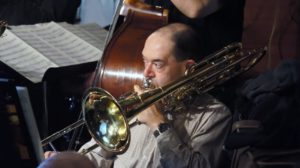 Colin's sound makes an enormous contribution to the sound of this band. The bass trombone is in some ways like the lead trumpet in reverse, both are distinctively heard voices at the extreme ends of the brass section. I try to give Colin lots of solos but they're usually only one or two notes long. 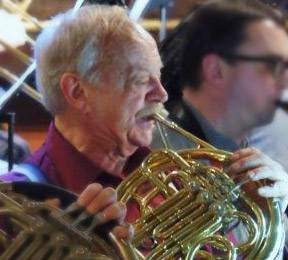 Like most french horn players, James is classically trained and has extensive experience as both an orchestral player and concert soloist.

Few players of this instrument have his vast experience or love of jazz and big bands. He was a longtime member of Rob McConnell’s Boss Brass. 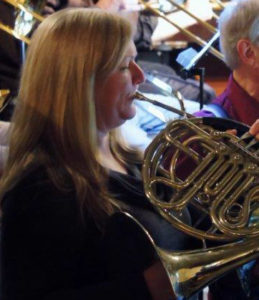 I hope it doesn't look bad on us that we only have one woman as a regular member, but what a woman. Janet's regular gig is playing for the Canadian Opera Company which performs at the Four Seasons Centre (right across the street from the Rex). On nights when she has to play with the opera, she still shows up at the Rex to play our second set. 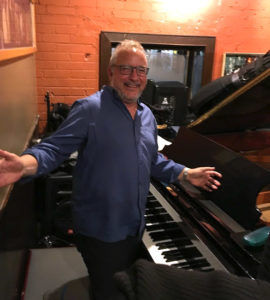 A longtime colleague, Brian is a gifted composer/arranger as well as being a brilliant jazz pianist.

He has a new album of his own music featuring many of the same players from this band. 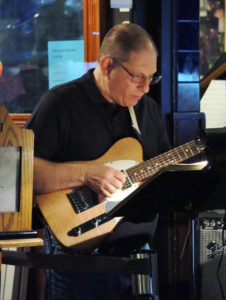 A fine and versatile guitarist, Joey's solos are always exciting and interesting and his palette of colours and sounds allow the band a lot of stylistic flexibility.

To my way of thinking, the bass is the most important instrument in a jazz group, providing the essential elements of pulse, harmonic progression and form. Not only is Jim a fantastic bass player, his open approach to playing allows our music to evolve and change according to it's own whim. This is exactly what I wanted for my band. 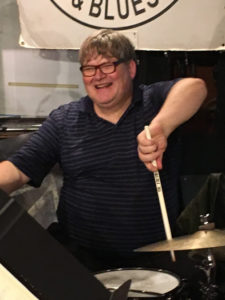 There was never any doubt in my mind that Ted had to be the drummer in this band. His playing swings and kicks the band in the ass, (the way a big band drummer is expected), more than that though Ted is a real "jazz" drummer,  with tremendous depth, melodic sense and humour.